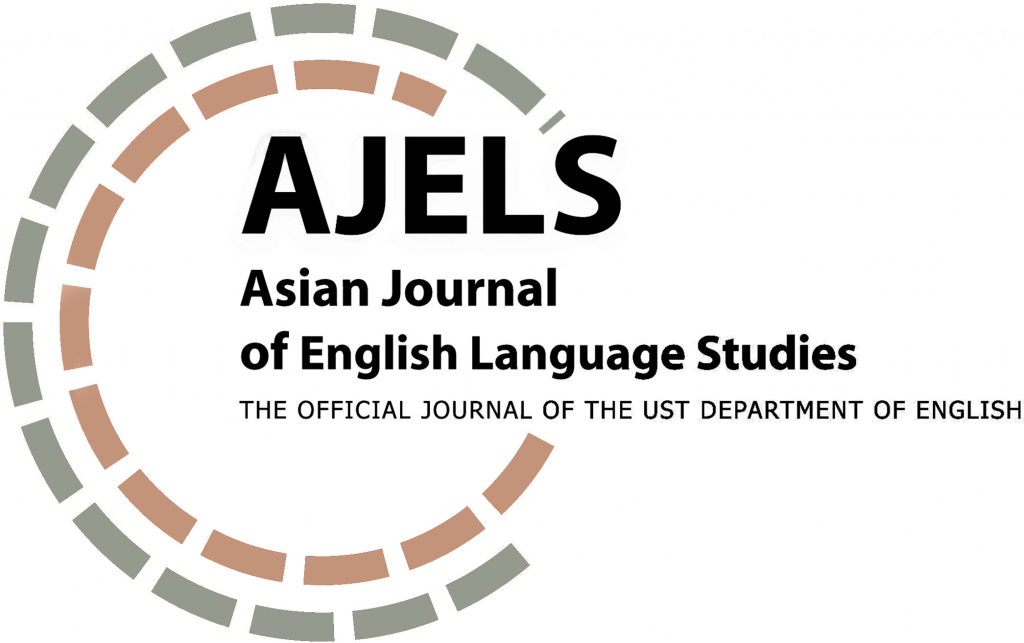 The Asian Journal of English Language Studies (AJELS) is proud to complete its Volume 8, December 2020 edition. Since 2013, the journal has remained committed in contributing to the academic discourse surrounding the dynamic and shifting nature of the English language and in encouraging relevant discussions of issues on languages by publishing articles by local and international scholars. Modesty aside, the online journal has been successful in terms of its relatively steady increase in readership, article submissions, and citations to its published articles. With respect to quality, the journal has been keen in its attempt to build its reputation and broaden its visibility in the academic community; and to attain such, the editorial board regularly evaluates the publication process to guarantee efficiency and gratifying experience for both authors and editorial staff. One of the journal’s strengths is its roster of 28 outstanding academics from reputable institutions around the globe who serve as peer reviewers. Just recently, Dr. James F. D’Angelo of Chukyo University, Nagoya, Japan, has joined AJELS. All these achievements have become possible because of the support and diligence of our international advisory board, the hard work of the editorial staff, and the interest of our readers, and we fervently hope that these sustained collaboration and support continue for several years to come.

The first and second research articles explore issues on the accentedness of English based on ‘nonnative’ speakers’ perspective. Henelsie B. Mendoza’s study deals with an analysis of language stereotypes attached by Filipino ESL (English as a second language) learners to different Philippine lectal groups (i.e., basilect, mesolect, and acrolect). Through the use of a Matched Guise Test (MGT) and follow-up interviews, she found that specific language stereotypes are strongly linked to different lectal groups. The student-participants in the study were more inclined to consider the acrolect variety as the prescribed accent in evaluating other speakers of English. In his paper “The accentedness of English as an additional language (EAL): A nonnative speaker’s perspective,” Paul Lochland, using an online survey, asked 100 EAL users to judge the accentedness of Japanese English, French English, Mandarin English, and German English in terms of tone, syllable, mora, and stress. Interestingly, the findings indicated that ‘nonnative’ speakers (NNS) do not find their own accent to be weaker than other varieties of EAL accents.

The third paper by John Mark A. Masagnay examines code-switching (CS) in 40 hugot lines from five Philippine movies in terms of syntactic structures, conversational functions, and motivations. The findings revealed that intrasentential CS was commonly employed, specifically nouns and noun phrases at the word and phrase levels, respectively. Personalization was the most prevalent conversational function to denote the closer distance between speakers and addressees and to maintain a less formal discourse. As regards motivations for CS, language economy was common in order to clearly convey feelings or emotions and opinions through hugot lines.

Utilizing Halliday’s (1985) transitivity system model, Japhet E. Manzano and Zachi Einna R. Orquijo analyzed the transitivity processes in the inaugural speeches of Philippine presidents from 1899 to 2016. The results indicated that all processes (mainly material, relational, and mental) were evident in the speeches, while the semantic aspect of the diachronic inquiry revealed a significant variation of themes. The paper claims that transitivity processes are essential in the inaugural speeches in persuading and informing the public regarding the Filipino presidents’ political commitments and ideologies.

Navigating the interface between sociolinguistics and transnational identities, the fifth research article “The negotiation of transnational identities and being a ‘nonnative’ English-speaking teacher abroad” by Simon J. Perry puts forward the notion that repertoires of language can exert power and seek equality in social and professional contexts.

In their study within the area of forensic linguistics, Raquel R. Jimenez and Rachelle Ballesteros-Lintao investigated interpreting norms utilized in selected Philippine courtrooms. Through a qualitative analysis of 11 audio-recordings of court proceedings, it was found that court interpreters in the selected court trials adhere to the norms of accuracy, impartiality, competence, professional conduct, and professional relationships. The study recommends the formulation of court-interpreting policies and guidelines upon which court interpreters can based their actions and decisions.

The seventh article, an action research report by Verónica Herrera Caldas, Erzsébet Ágnes Békés, and Carmen Maricela Cajamarca Illescas, describes the vocabulary acquisition strategies of a team of English language teachers and students from an Ecuadorian university who participated in an international online vocabulary learning tournament using a digital flashcard web application called WordEngine. The teacher-researchers claim that in the global ‘new reality,’ computer-assisted language learning (CALL) methods, which include web-based applications, can be used as an alternative strategy in remote learning, especially in the area of vocabulary development.

In the article “’What’s in my medicine?’: Evaluating the readability and comprehensibility of patient information leaflets of selected Philippine nonprescription drugs,” Anthony Lemuell S. Cabañas and Marilu Rañosa-Madrunio found that the patient information leaflets (PILs) under study were more academic-oriented rather than spoken-like, thereby requiring high-skilled reading. Further, a user-testing of these PILs revealed that only less than half of the participants demonstrated an independent level of understanding of the leaflets. Likewise, based on difficulty index, most of the analyzed PILs contain texts with high difficulty, and this raises concerns over the materials’ suitability for nonspecialist readers.

The ninth paper by Gefilloyd L. De Castro compared the semantic features and idiomatic status of selected same-verb different-particle phrasal verbs (PhVs) in Philippine English (PhE) and described their syntactic features by employing the Philippine component of the International Corpus of English (ICE-PHI) and the Global Web-based English Corpus (GloWbE) Philippines. The study revealed evidence showing the interchange of particle/preposition for the same verb, and a new meaning for two PhVs has been found. This interchanging of particle/preposition may be described as an emerging feature of PhE.

The last paper by Aries John G. Enardecido analyzes different linguistic expressions that are ideologically and indexically used by self-identified bisexual members of PlanetRomeo, a gay-dating website. The analysis of findings indicated an emerging subcultural lingo, which is characterized by word connotations, echoic binomials, and negations. The researcher argues that through language use, bisexual men can occupy attractive and marketable identities; however, these linguistic constructions of desired and desirable identities can also lead to the marginalization and disenfranchisement of other identities.

On a final note, as the outgoing editor-in-chief (EIC) and member of the editorial board, I send my best wishes to the next EIC, Assoc. Prof. Alejandro S. Bernardo, Ph.D., and the rest of the board members. Since 2013, the editorial staff has dedicated itself to improving AJELS and upholding its tradition of academic excellence. I hope that the editorial board will strive more to honor the efforts for the past eight years and continue in its quest for academic scholarship and quality publication of language research.

The accentedness of English as an additional language (EAL): A nonnative speaker’s perspective

“What’s in my medicine?”: Evaluating the readability and comprehensibility of patient information leaflets of selected Philippine nonprescription drugs

‘No to halata, astig to astig only’: The emerging bisexual lingo and the (un)marketable identities on PlanetRomeo

University of the Philippines-Los Baños, Laguna